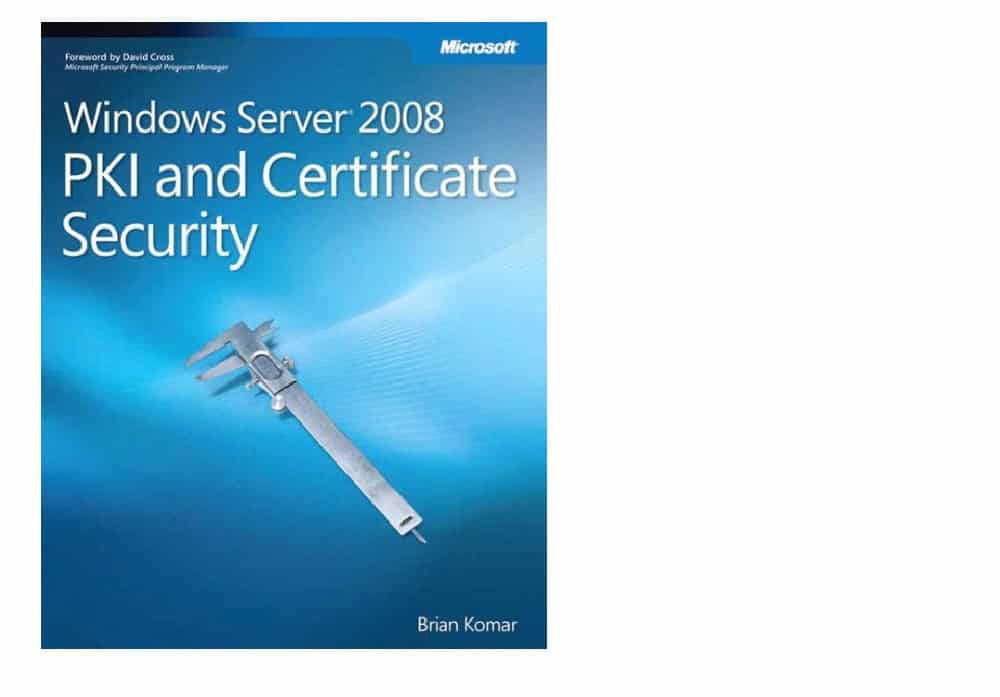 For many years I’ve been tracking the corrections and issues in the last Microsoft Press Windows Server 2008 PKI book. All of these items have previously been incorporated into our standard deployment and consulting engagements as well as baked into our training courses. But I’ve long wanted to post an unofficial errata list for the book.

The errata is available at https://www.pkisolutions.com/2008book-errata/ and will be available under the “The PKI Guy Blog” menu item on the site.

While this list isn’t sanctioned by Microsoft, I don’t believe there is another errata list for the book. The intent of the errata is to provide corrections and clarifications to the published text. We will focus on the necessary corrections for Windows Server 2008, though many of the concepts are applicable to newer operating systems. However, the list is not intended to update the material or add additional subject matter for new features, industry practices or OS differences.